Xerox to Phase out ACS Name 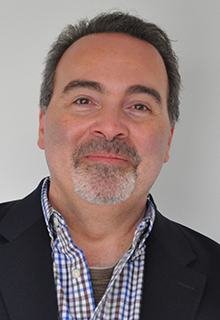 If the numerous ads featuring Michelin, Ducati and Virgin Atlantic weren’t enough to convince you that Xerox is now a services company that sells hardware, not a hardware maker that offers services, this should: The company has announced it will be phasing out the ACS name. You’ll recall that Xerox acquired Affiliated Computer Services, the world's largest diversified business process outsourcing (BPO) firm, in a $6.4-billion deal a couple years back. That purchase helped transform Xerox’s services business from document-centric offerings to complete business process management for enterprises. Now, the ACS offerings are so core to Xerox’s future identity that they will no longer be marketed under a separate ACS name.

In a blog post, Xerox’s Chief Marketing Officer Christa Carone wrote, “During our transformation, we learned that the Xerox brand, known around the world, is a great asset for ACS. We increasingly see the value of going to market as one Xerox, one voice, demonstrating to clients that our services-led, technology-driven strategy offers value through the very strength of our brand. So, we took another step today. We’re retiring the ACS name.”

Noting the behind-the-scenes complexity of phasing out the ACS name, Carone didn’t commit to a timeframe for the transition except to say, “It won’t happen overnight but it also won’t happen over too much time. We’re moving on it.” Originally, Xerox had planned to have the ACS name supplanted by the Xerox name by 2015. Clearly, it will happen faster than that, which should help Xerox further leverage its services expertise with enterprises—now under a single banner.